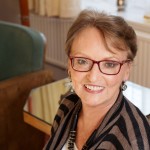 Kate Furnivall had the shock proof of her life when she learned just over a decade ago that she was part Russian. Not a demure all-English rose after all then. It changed her life. Triggered those Russian genes into action. Inspired by her grandmother’s dramatic St Petersburg life-story at the time of the Soviet Revolution, Kate wrote her first historical novel, The Russian Concubine, which hit the New York Times Bestseller list and was sold in 25 countries.

It hooked Kate into the thrill of setting powerful emotional stories in dramatic far-off locations. She took to travelling with a vengeance – Russia, China, Malaya, Egypt, Bahamas, Italy, France. All became backdrops for her sweeping tales set in the first half of the 20th century when the world was in turmoil.

Research trips were riddled with wonderful adventures and weird discoveries that enrich her books. She delves into dark themes as well as intense love stories, and strips her characters to the bare bones in times of crisis to see what they are made of. Her books are full of tension, twists and thrills, atmosphere and romance.

Kate was raised in Wales, went to London Uni and worked in advertising in London. She now lives in blissful Devon with her husband, snuggled up close to Agatha Christie’s house for inspiration. She has two sons and a manky cat.

Kate has written ten historical novels, two of which have been shortlisted for the RNA Historical Novel of the Year Award.